Installing Anki on a Chromebook

Chromebooks are surprisingly decent machines to do some light hacking and also to study and practice Japanese on the side.

The time I spend mining for cards and doing reviews with Anki these days is evenly split between my Windows PC and my Chromebook. However, when setting up my workflow for the first time I found the resources about Anki on ChromeOS to be quite lacking, so I decided to write something about it.

You will need a Chromebook that supports Linux Apps.

First off, we need to differentiate if you are running on amd64 or arm, run the following command: uname -m

If you don’t see that and see instead arm or something similar, then you need to stop at Step 1 since the Anki project does not offer arm-compiled binaries to install. You will have to use an older version from Debian.

Now you should have an oudated version of anki with all its dependencies running on your machine.

However you are not done yet. We need to download the actual useful latest stable version of anki from their site and install it on top of the default one.

Add-ons work like everywhere else, however if you want to locate your add-ons directory to install custom ones, they are located at:

Getting sound/audio clips to work

You will need to install either mpv or mplayer to get audio clips in your cards to work:

Anki does not start with the error “qt: Could not initialize GLX”

This seems to be a problem related to arm Qt libraries not supporting OpenGL rendering.

Run the following before launching Anki:

Running Android apps side by side

The great advantage of Chromebooks is that you can run Android apps side by side with your anki setup to get easier card mining. For example the following picture is running the kindle Android app with my card mining set up on the side: 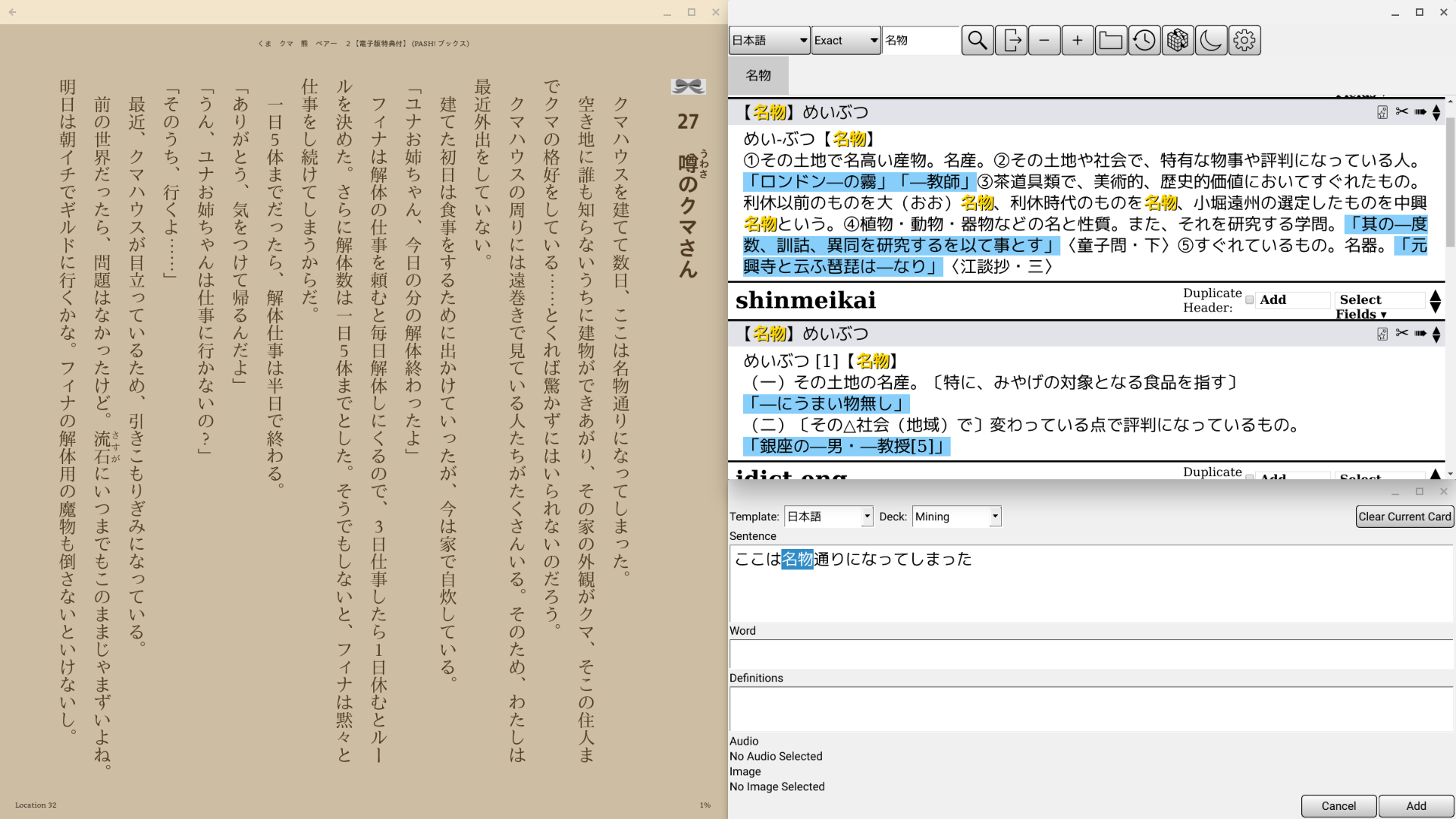