Same as last week, I spent a bit too much time playing videogames than what I’d have liked, but it was fun at least.

I’ve been continuing my Elden Ring playthrough, I’m nearing the end but I’m still missing some side quests and secondary bosses. Japanese-wise the amount of dialogue is a bit less because I spend more time exploring but I’ve been trying to read item descriptions and stuff more accurately for lore notes which is kinda nice.

I’ve also started playing Sin Chronicle, a mobile gacha game, and it has some kinda interesting story. There’s a lot of dialogue/conversation (Visual Novel style), and there’s actual choices that affect the course of the story so I’ve gotta stay on the edge and make sure I actually understand what is going on in the narrative. It also taught me 永劫回帰 as an interesting and rather chuuni word.

I’m still grinding away at 鹿の王, not as much progress as I’d have liked though, Kindle still reports only 23% which means I pretty much only advanced a measly ~5% since last week. Shame.

The 18th chapter of ニューノーマル came out this week, so I’ve also taken my time to read that. It was quite an emotional one this time around, and as always it felt way shorter than I would’ve liked. We got to get closure about a certain character’s fate (death) and the main character seemed to have finally opened up a bit more with love-interest-1 which was nice. 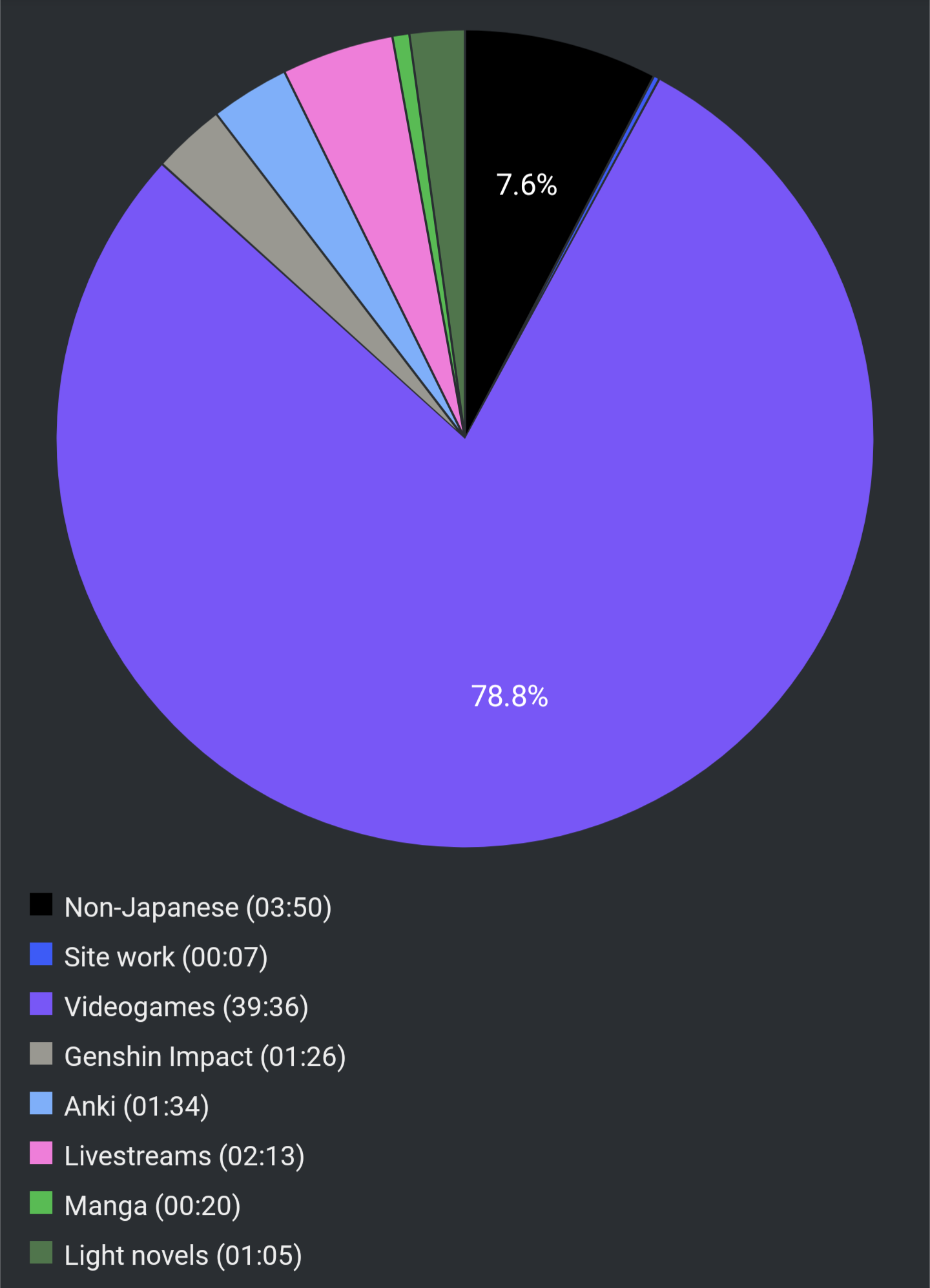