This week felt like it went at a snail’s pace, as I didn’t either play as much videogames, nor read a lot of light novels.

First half of the week I’ve been playing Ghostwire: Tokyo. It’s mostly an action game so there’s not a lot of reading, but there’s a lot of references to Japanese folklore, 妖怪, superstitions, etc. The sidequests are interesting because they teach you a lot about those things. For example there was one about a 河童 which taught me the word 尻子玉.

Later in the week I’ve started playing Scarlet Nexus. I really like the anime style and the combat is fun. Japanese-wise there’s a lot of military-related words since it involves various military/academy squads so that’s nice. It seems to be a common trope in this kind of Japanese media so I imagine it’ll be useful for later material too.

Still continuing with 鹿の王. My kindle now reports 35% completion, which is an increase of 12% since last week. I got introduced to a new character called ホッサル and I admit it’s not quite clear yet if he’s a good or a bad guy. I had to wade through a lot of political exposition since this chapter spent a long time explaining all kinds of relationships with different nations, countries, population in general and that was very hard for me to read. Now that I’m past that, I feel like I will be picking up more pace in no time as the plot has started to get interesting again. 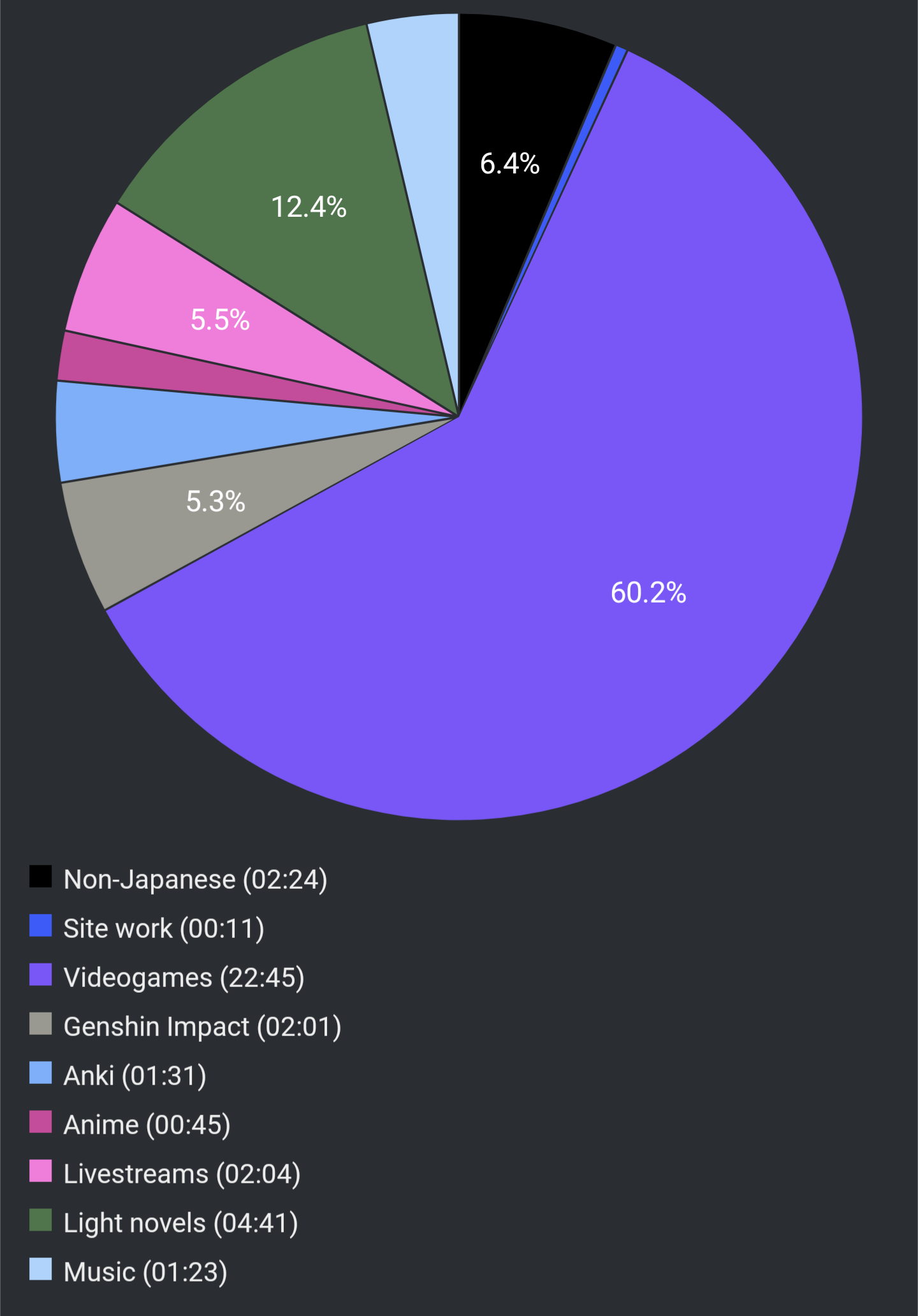