Today’s weekly report is probably going to be shorter. I didn’t get to do a lot of (traditional) reading this week unfortunately. Against any good judgment I ended up grabbing a copy of Elden Ring and I’ve been hooked since. Truth be told I’ve been playing it in Japanese so at least there’s some immersion there, but not nearly as much as I’d have liked, also because all the voice lines are in English anyway.

Elden Ring has been crazy fun. I was actually surprised there’s so many difficult words and especially kanji that I had never seen before. The best example would be 褪せ人 which is the Japanese version of “tarnished”. Generally speaking the game is not hard to follow (also thanks to English voices) but most item descriptions filter me pretty heavily. And what’s even worse, when I try to look for stuff online on English-speaking communities I never know which is which. I should hang out in JP communities instead but… oh well.

I’ve been fitting a bit of actual book reading at least every night before falling asleep, as usual. I try to keep active with reading almost every day even if I have some temporary interest (like videogames) that would take me out of it normally.

I’m still cracking 鹿の王. I’m still somewhat in the first few chapters (Kindle says I’m at 18-19% so far), but I’m already hooked. It’s developing much faster than 狐笛のかなた which opened rather slowly. So far our (I assume) protagonist ヴァン is a slave working in a salt mine (quarry?). One day some wild animals (dog-like beasts?) attack the quarry and injure the various slaves and guards there and if I understood it correctly (I admit I’m not 100% sure) some sort of illness/infection spreads and everyone aside from him dies. He wakes out of the fever one day, manages to set himself free, and realizes he’s the last survivor of the bunch. Eventually he explores the quarry/slave quarters and meets another survivor, a young kid/toddler (幼子) and they’re on their way to making their escape from the place before their “owners” come check on wtf is going on.

No surprises here, it’s Elden Ring all the way. Too much lack of sleep. Oh well. 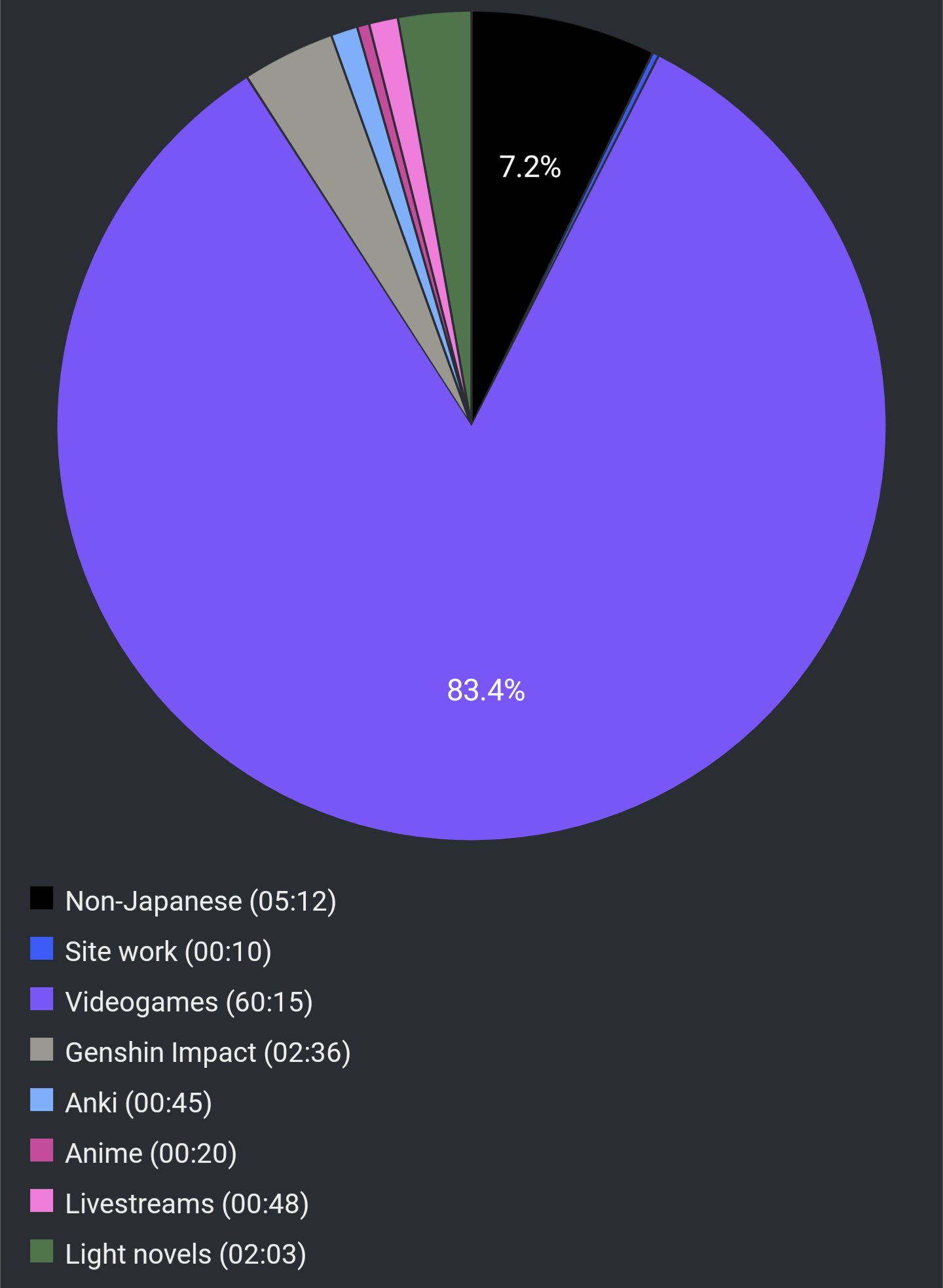